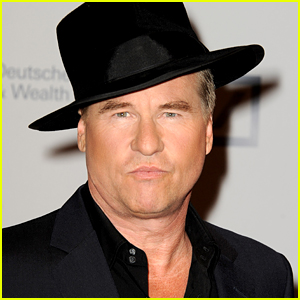 Val Kilmer is set to have a big part in the upcoming Willow series on Disney+.

The -year-old actor starred as Madmartigan in the original movie, opposite Warwick Davis, and in a new interview, executive producer Jonathan Kasdan confirmed that Val will “be present” in the series.

While promoting the show with Yahoo!, Jonathan dropped hints about how Val‘s character will be included in the show.

“Val’s a huge part of this, and the first conversation I had, when Warwick and I got the greenlight to do this, was with Val,” he shared. “We wanted his character to be a part of the story. We wanted him to be in the show.”

Jonathan went on, explaining that because they had filmed when the pandemic lockdowns were in place, “he wasn’t able to come to Wales and shoot with us. But he is in the show in a big way. And we’re pretty excited about it. … Madmartigan lives on.”

Warwick added, “Val’s spirit is very much with the series.”

“[Val and I] have been in touch since we made the movie, and we’re good friends and he’s a terrific guy,” he shared. “I still attribute me getting through the film to Val. He kept my spirits up when conditions were really treacherous and difficult. I was cold, wet, tired. He kept me laughing, kept the whole thing fun.”

In the same interview, new cast member Ruby Cruz also shared that Val’s character is “part of the show in a very big way for my character” – which drops even more hints about the characters’ relation.

If you didn’t see, the first trailer for the show was released this week. See it here!